To make a basic XPages library, we'll need to create the trio of OSGi projects: the plugin, the feature, and the update site. For a long time, the XSP Starter Kit has been a great go-to starting point for this sort of thing. It definitely covers almost all of the potential ground, but it can be a bit overkill when you just want to put some classes in a shared place. So, for this exercise, we'll start from scratch.

But before we do that, we should create a local Git repository first. This isn't required, but it's a good idea, and Git repositories are so "cheap", technically, that there's no reason not to. There are a number of ways to do it - you can create and manage them via the command line, via a dedicated tool like SourceTree, or via the embedded Git client in Eclipse. We'll do the last one here.

To work with Git repositories, first add the Git Repositories view (Eclipse's "view" refers to the panes you see in the window) to your Eclipse UI by going to Windows → Show View → Other...: 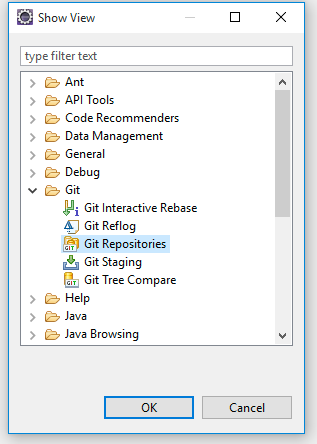 Once you add it, you can click on "Create a new local Git repository" in the pane - I suggest creating a folder beneath the "git" folder in your home directory, for organizational purposes: 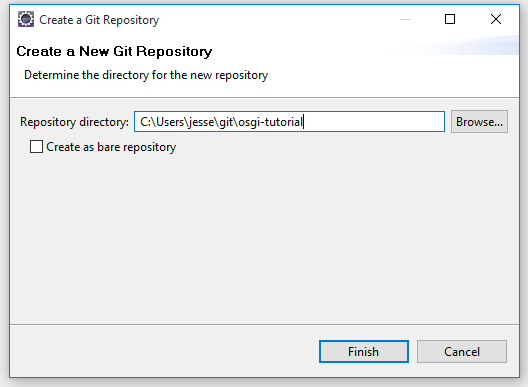 Now, on to creating an actual project. To do that, go to File → New → Project... and find "Plug-in Project" inside "Plug-in Development": 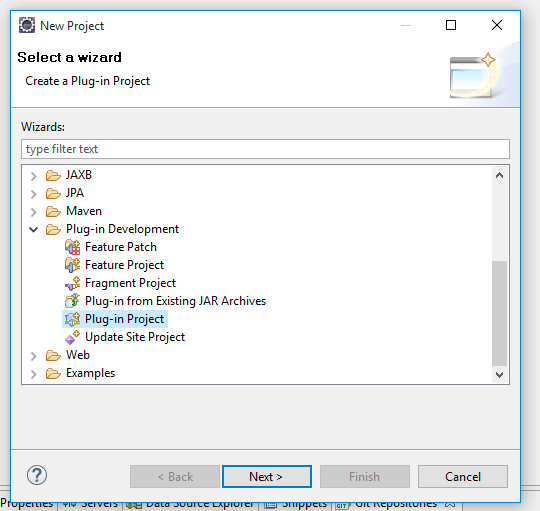 In the form that shows up after you hit Next, fill in some project details: 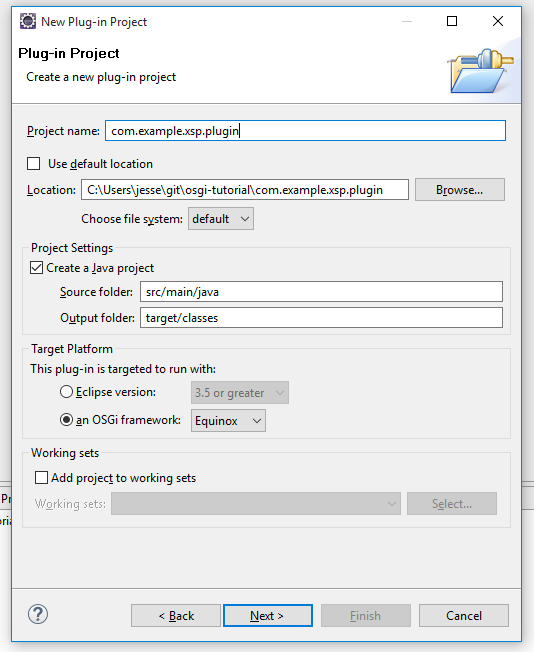 On the next page, the only change needed is to set the Execution Environment to "JavaSE-1.6" (at least until Domino gets a newer JVM): 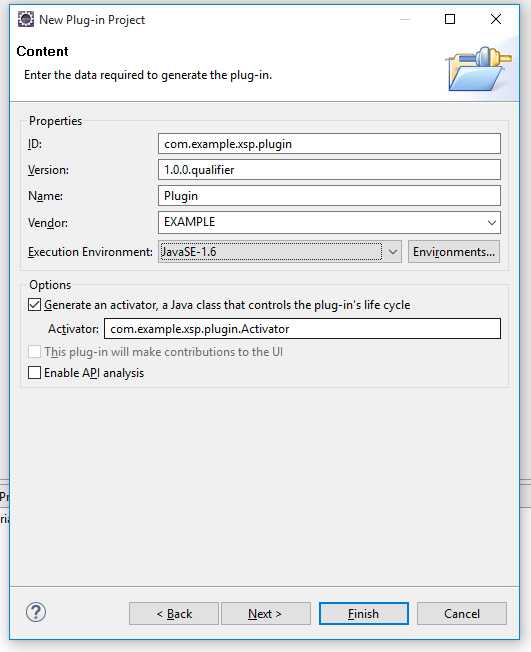 Then, click "Finish". It will ask you if you want to switch to the "Plug-in Development" perspective - "perspectives" are an Eclipse term for groupings+layouts of views for different purposes. You can choose either Yes or No, since the other perspective is very similar to the default J2EE perspective. If you choose "Yes", you'll have to re-add the Git Repositories view as above.

Once you've created the project, it's time to check it in to Git. Right-click on the Git repository in the Git Repositories view and choose "Commit...". The first time you do this, it will prompt you for a name and email address, which are pretty arbitrary, but it's good to keep them consistent across your Git presences. On the commit page, provide a useful message and click the "Select All" button (the middle one in the top right of the "Files" section) to include all of the newly-created files, and hit "Commit": 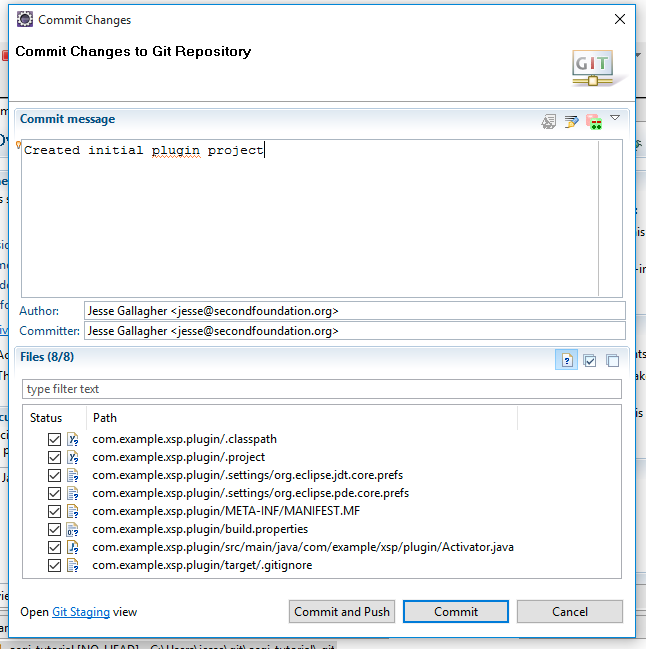 Now that the plugin's skeleton is in place, the next post will cover some details about it and how to turn it into an XSP Library.