A little while ago, I mentioned how I have become smitten with custom renderers - Java classes that take XPage components like application layouts and widgets and render them in custom HTML. Though I've had a lot of other things to work on in between then and today, my ardor for the subject has not dimmed. So today, I mostly completed the process for my task-tracking app.

At a high level, the app is a fairly typical web app built using the popular-for-good-reason Ace - Responsive Admin Template theme from WrapBootstrap. I'm a huge fan of using these pre-built themes - in addition to handling the visual design, they tend to come packaged with a set of specialized widgets and jQuery plugins that are made to work well as a cohesive whole. However, the down side is that you have to write your code specifically targeting the framework, even moreso than stock Bootstrap (and for this reason, I couldn't directly use Bootstrap4XPages). This makes it a perfect candidate for renderer-ification, as most of the components I'm using - the layout, widget boxes, view panels/data tables, form layouts - have direct analogs in either the stock XPage runtime or in the OneUI-based components in the Extension Library.

So what I have done is to take the basic structure of the Bootstrap4XPages project (and more than a smidge of its code) and used it to build custom renderers for the components I need, packaged into an OSGi plugin: 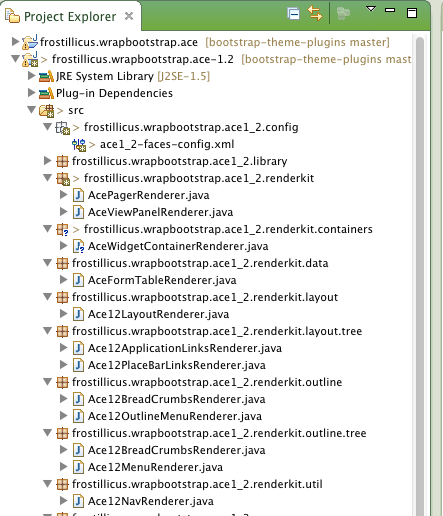 It's something of a mess of code, and parts of it have been a pain to deal with, but for the most part it's been a process of looking at the original renderer source in the ExtLib and Bootstrap4XPages and then either copying and tweaking, subclassing and overriding, or implementing from scratch. I've run into some bothersome limitations in the stock objects as well, particularly when it comes to areas where I need to apply CSS classes to elements not represented in the components, like the FontAwesome-based icon classes for the nav bar or specific classes for widget title bars and the body area. Since these components also lack convenient "attr" properties, I've resorted to ugly hacks: I've co-opted the "imageAlt" property of the tree nodes to trigger creation of a Bootstrap-style "i" tag with a class for the navigator, and for the widgets I just made the styleClass apply only to the header and added an ugly exception to look for "no-padding" classes and apply them to the body instead. It's not a pretty process sometimes.

But the results are pretty interesting. By using standard components, I have an app that can swap readily between very different themes (with some rough edges for areas where code is still Ace-specific): 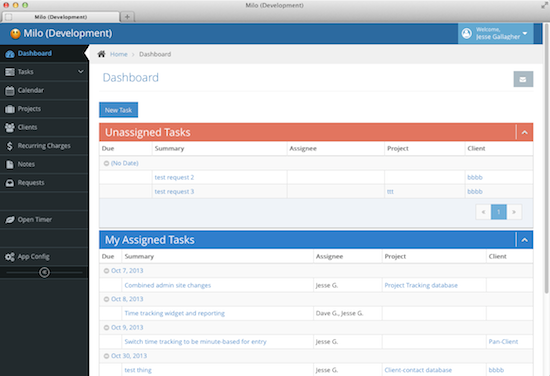 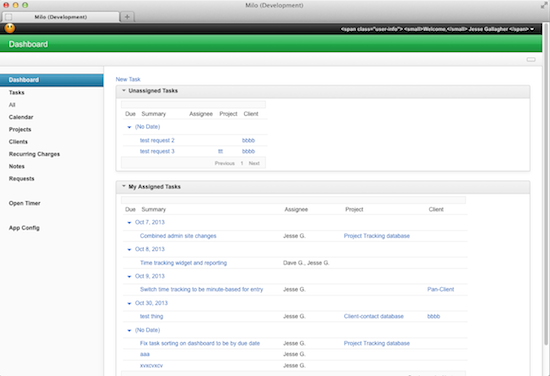 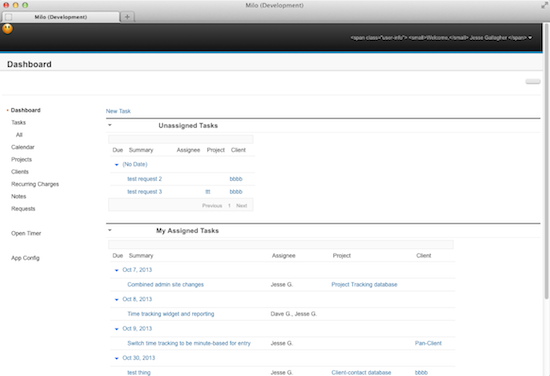 All of this does, of course, raise an important question. Namely: why bother? The original way I implemented it - by writing the Bootstrap layout HTML by hand, tweaking individual classes here and there, and forgoing the OneUI-based components - worked just fine, and it took less work. And really, I'm not terribly likely to suddenly decide that I want to switch this app from Ace to OneUI or stock Bootstrap. There are a couple important benefits to this approach that apply both to me personally and to others who may consider doing the same thing:

It's a pity that there's such overhead in the initial work of writing custom renderers, but it will get gradually easier over time, now that Bootstrap4XPages is available to reference. And still, hassle and all, I believe this to be the best way forward for organized XPage development, and represents one of the platform's distinct advantages over others (well, the others that aren't JSF). I strongly encourage everyone to look at least a little into the idea. And I also, as always, encourage you to contact me at will either to pick my brain or commission my company to help renderer-ify or otherwise improve your apps.

Allow me to submit to you the fundamental problem with renderers. And please understand, I say this with all respect to what renderers do and how the architecture supports them.

The basic problem is this: when you write a renderer for a component, that renderer is responsible for 100% of the output for that component. Sure it's possible for a renderer to extend another renderer, and to override it's methods, but the end, concrete class is still 100% RESPONSIBLE for what flows into the Writer as the output. So if it doesn't override some method, it's simply authorizing the parent class to add to the stream, but it's still responsible for that acceptance.

But modern HTML frameworks don't work that way. A Bootstrap theme doesn't care whether the input tag you're applying attributes to is type text, number, phone, address, email or whatever. But if you write a renderer for that, then it's responsible for determining what tag is streamed into the output, and therefore it owns the type= attribute whether it wants to or not.

And because renderers themselves simply stream output, if a parent renderer would have made the right choice except in certain edge cases, it's either impossible or extremely difficult to defer relying on their output until after it's already been committed. It's not like you can ask a renderer "okay if I give you this component, what tag and attributes are you going to write? Oh that sucks. Okay, never mind, I'll do it." Once you hand the writer off to another renderer, you're committed to the results.

Themes kinda head fake towards this, but IMO don't really complete the idea. Or to the extent that they do, they rely too much on context-less SSJS to make decisions, when really the generated markup should have access to every piece of knowledge possible in the request.

I know this is an old posting but I was curious if you ran into problems when using custom renderers that are bound using simple data binding. I wrote a custom renderer for inputText and while it all renders nicely, my value isn't saved when I bind it to the document in normal XPages fashion. Is there something I should do special with a renderer to keep it bound to my document data field?