So Notes 8.5.1 is out, and it's not bad as far as Notes clients go. My show-stopping bug is fixed, there's a slew of nifty user features, and, most importantly, they're taking concrete steps to improve the process of actually writing code for their platform.

As I'm sure you know if you've programmed in Notes, the LotusScript editor can be charitably described as "beta quality" and had, from all appearances, not been touched in any way since the addition of LotusScript in R4. Rather than list all of its horrible qualities, I'll try to leave it at this: the editor, from time to time, easts code. As far as I'm concerned, there's nothing worse that a code editor (or any editor, really) can do than destroy code, yet I can't tell you how many times Designer deleted an "End Sub" statement when trying to highlight an error somewhere in the body of the code, creating a nightmarish cascade of syntax errors and automatic code rearrangement. It's really bad.

So the addition of a proper editor for LotusScript (for agents and script libraries, at least) is HUGE; if I had had my choice about what made it into 8.5.0, I'd have picked this over XPages any day. Just the customization is a huge boost. For reference, here's the programming environment I use when I'm enjoying life: 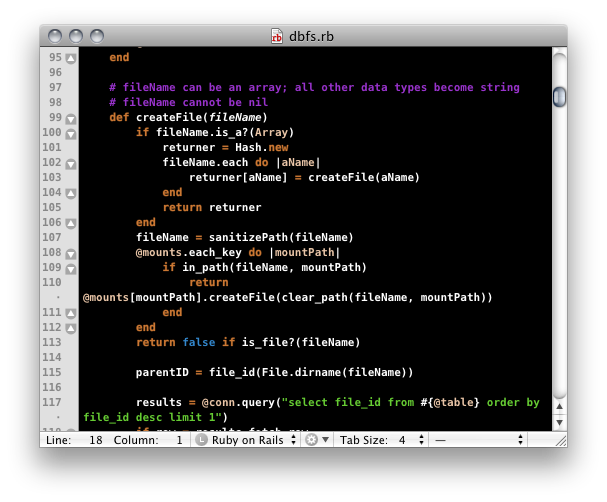 And here's the old LotusScript editor: 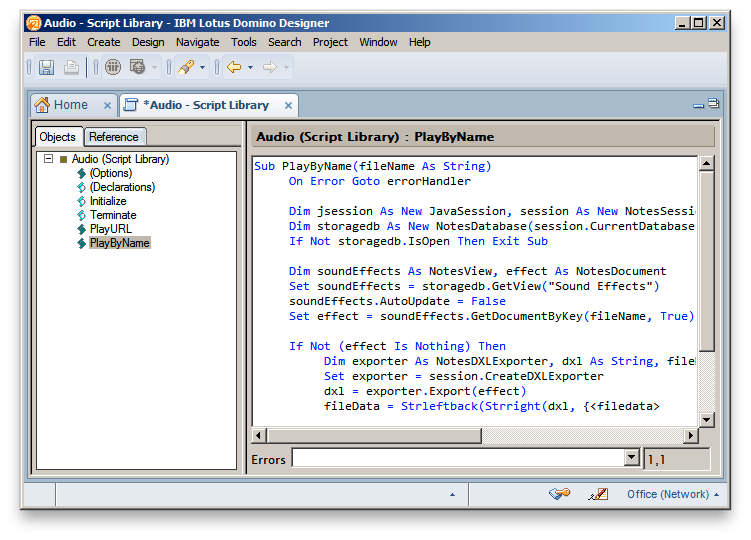 Right. You can change it around a bit, picking your font (but not font style) and the text color (but not background color), but that's about it. This isn't even showing any of the behavioral problems like the handling of class definitions, the many bugs, or the paucity of useful features found in other editors like mass-indenting, code templates, and the like.

Now that it's a proper Eclipse editor, I can change it around more to my liking (we'll see if I stick with it exactly like this, but it shows the options): 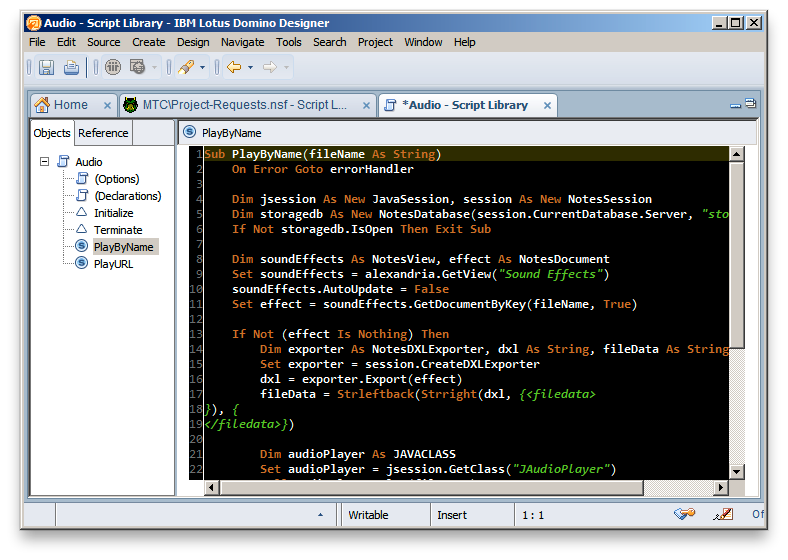 Just as the previous screenshot doesn't convey the bugs, this one doesn't convey the overall feel of the editor. For lack of a better description, I'll say that it now feels like the text editor was designed with the expectation that a programmer might actually use it. I'm sure it'll have its own share of irritants (like having to manually delete the stub parameters when accepting a method auto-completion), but it's already made my job significantly less of a hassle.

Hi everyone! Recently i found this excellent site, where you can find any girl from your neighbourhood - http://bit.ly/ladiesfordate222

Go check it out, before it's to late! Girls are waiting for you..

Hope you enjoy it, guys!

Hello how are you !

Hello. My nickname Gloria. I want to meet a caring guy. I'll come to your place for tea or gonna invite you to my place for the night. I would like to do it gently. Look here.

Really probably bleed it additional. You'll see generally there is a tiny plane rhomboidal shroud up behind the exhaust pipe held on with two screws. You have to ask an installer to make it happen. <a href=http://law9958.com/home.php?mod=space&uid=108389>wwww

Does anyone maintain any experience with electric rub down chairs? I've seen several in the theater setups at Fry's and Ambit Borough, but I haven't base much analysis facts about them on the web.

Any recommendations on brands or rout place to buy? I honest read this exciting article: http://jaxon3m80nbo7.blogproducer.com/profile

At last someone wrote something very important about such hot topic and it is very relevant nowadays.